Scott Chavis doesn’t want to be called a hero, but this Florida-based Field Technician keeps saving the day. Scott was out working when he needed to grab materials from his truck. That’s when Scott heard a loud skidding sound as a car flew by him. A man was ejected from the vehicle and was now on the ground near the car. 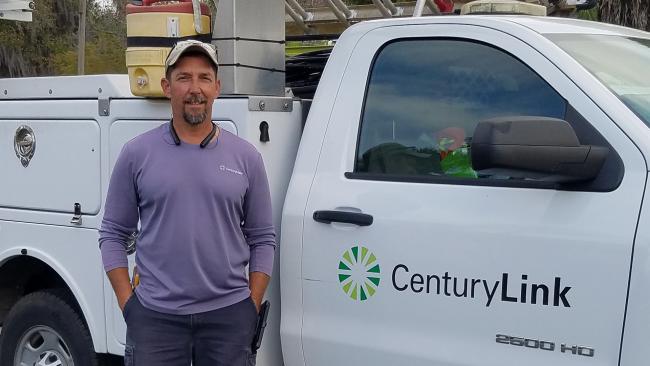 Scott sprang into action and ran to the man’s side. He called 9-1-1 and followed instructions from dispatch. They told Scott not to move the man unless there was an emergency reason to do so. That’s when the car caught flames.

“I knew right then I had to move him to keep him safe from the fire,” Scott says.

Scott recruited a volunteer, and together they moved the man safely away from the vehicle. Scott grabbed his fire extinguisher from his work vehicle but luckily the fire trucks arrived just in time. Scott relied on his training in the sheriff’s department, a former job of his, to help navigate the intense scene.

“My daughter and I were in a bad car accident and people stopped and helped us,” Scott says. “It wasn’t one of those return-the-favor deals. If the guy is hurt, I’m going to help.”

This isn’t the first time Scott has saved the day. He was out working a few years ago when he heard a call for help. An elderly woman had fallen in her carport. Scott ran to her aid and helped her up, staying  with the woman until help arrived.

“I believe Scott’s background in serving our country and community gives him the courage to help others in need without hesitation,” says Scott’s supervisor Vicki Hester. “He is very humble and doesn’t like being in the limelight, but I could not help but to share his heroic story with others.”