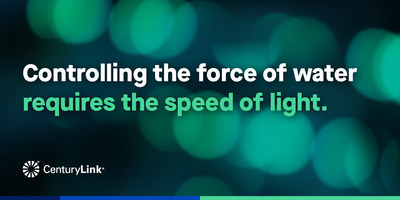 CenturyLink's fiber will provide high-speed data transmission services to the Ice Harbor, Little Goose and Lower Granite Dams along the lower Snake River in Washington, and the Foster and Green Peters Dams along the Columbia River in Oregon, as part of the dam safety program.

The company's ethernet solution will eliminate the need for specialized high voltage safety protection equipment and the use of existing copper cable that was old, buried and in many areas, chewed up by gophers.

These contracts were awarded over the past year via the General Services Administration's IT Schedule 70 contract.

About CenturyLink
CenturyLink (NYSE: CTL) is a technology leader delivering hybrid networking, cloud connectivity, and security solutions to customers around the world. Through its extensive global fiber network, CenturyLink provides secure and reliable services to meet the growing digital demands of businesses and consumers. CenturyLink strives to be the trusted connection to the networked world and is focused on delivering technology that enhances the customer experience. Learn more at http://news.centurylink.com/